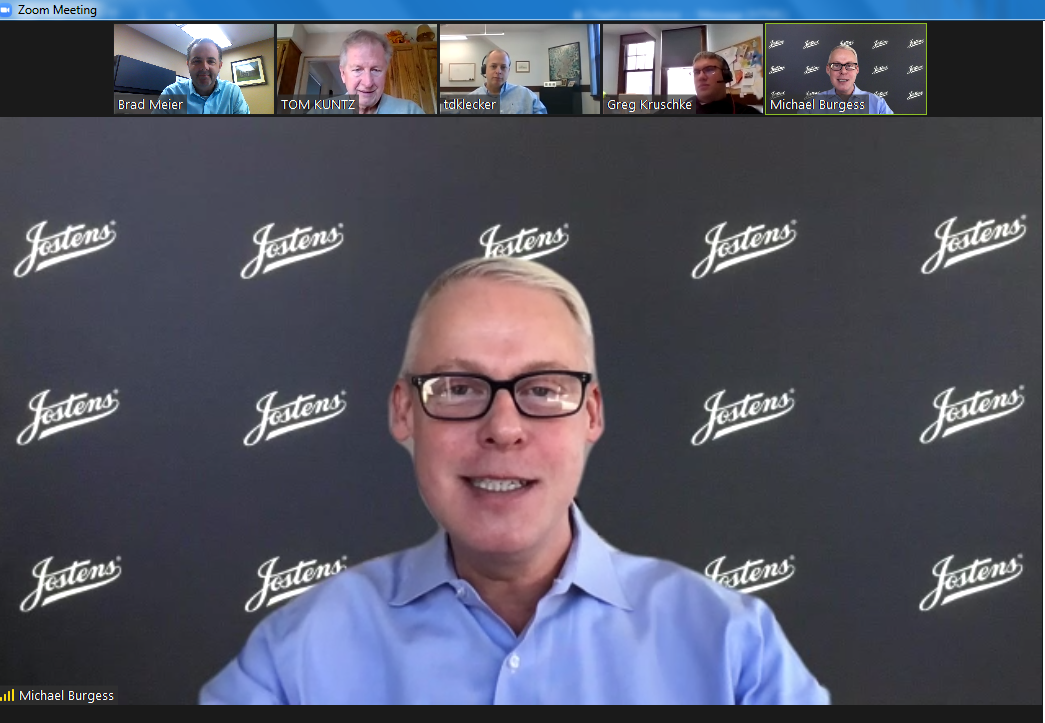 In a call with Jostens CEO and President Michael Burgess, members of the Owatonna Partners for Economic Development got an update on how school closures impact their business and how they’ve adapted workforce in Owatonna.
Schools moving to virtual learning across the country has put Jostens digital push on hyperdrive.  According to Burgess, the company has been able to make the transition very well in a short period of time.  He recoginzes there is still work to be done, but is confident that the move has allowed the company to perform very well even during this pandemic.
Employees at the downtown Owatonna location have been working virtually and will continue to do so until it is safe to bring people back.  Burgess acknowledged that there is an important synergy to having people together working in the same space and although virtual working has been good, he’d like to see people back in the office.
Burgess expressed his excitement about the projects being done in downtown Owatonna including the hotel, apartments and streetscape.
Jostens, the leading provider of publications, jewelry and consumer goods serving the K-12 and college market, announced the appointment of Michal Burgess as the company’s new CEO in August of 2019.

Michael Burgess, a seasoned executive with 20 years of experience across many companies in the consumer and retail sectors.  Burgess has a distinguished track record of developing and executing multifaceted growth strategies, with a focus on driving company-wide commercial and digital initiatives.  Most recently Burgess served as President - Sales, Marketing and Digital for Lifetime Fitness, a nearly $2B premium health and fitness club business, and prior to that held senior positions at FTD and Saks.