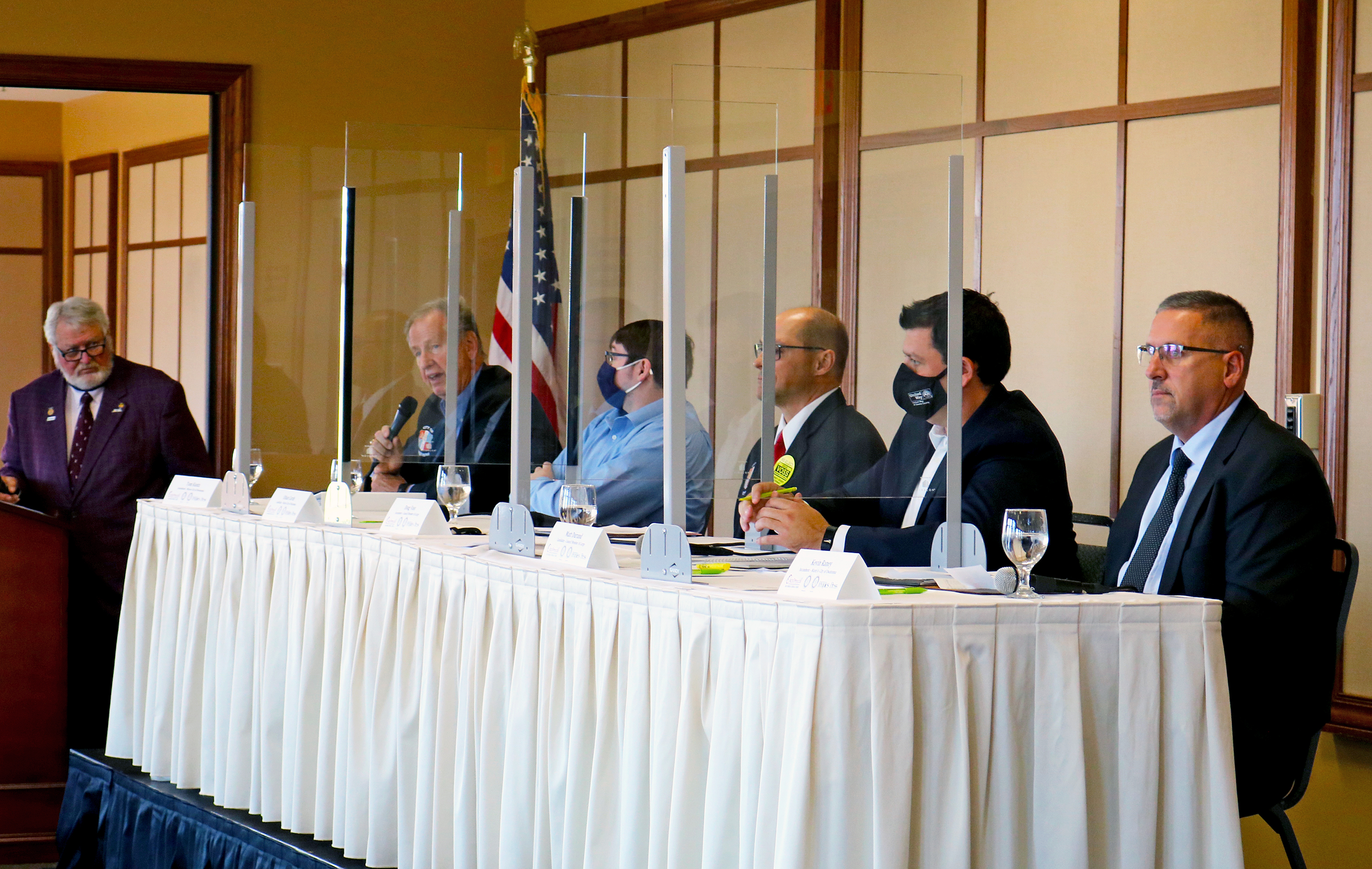 During a candidate forum that was mainly complimentary to the city operations and staff, one topic ruffled some feathers and it was over transparency.  Challenger Matt Durand focused many of his answers to the forum questions around the topic of community input and process transparency, something incumbents Doug Voss and Kevin Raney took exception with.  Raney, who is unopposed in this election and Voss who is being challenged by Durand both felt the public is able to get the information on anything they are working on through the city website and public meetings.  Durand countered that most read or hear about city decisions after they've taken place and he wants to promote more community engagement.

Mayoral incumbent Tom Kuntz and his opponent Ethan Cords agreed on many of the questions, both touting economic development as a strength for them in this role.  Cords commented that people want the younger generation to get involved and he's here to get involved.  Cords is in his early 20's and has served on the Human Rights commission in Owatonna.  Kuntz highlighted his experience, having served as mayor for 16 years and Owatonna Public Utilities General Manager prior to his service as mayor.

During the forum, candidates discussed a wide range of topics from taxes, to housing, to economic development and diversity.  View the forum here.